As part of the new action called GO GREEN, organized by the Environmental Working Group (EnWG), several locals all over Europe took part in the AEGEE Bike Week. The AEGEEan spoke to Elise Bessieres (AEGEE-Brussel/Bruxelles), HR responsible of the EnWG and therefore one of the initiators of the Bike Week, to find out more about the story behind this event and the specific actions performed by the antennae. The main goal was easy: to raise awareness of sustainable methods of urban transportation. And, in the best case, to combine it with sports and fun for the locals, of course. Instead of giving long speeches about the disadvantages of travelling by car, AEGEEans were therefore asked by the EnWG to set a good example and hop on their bikes.

The time frame was set for the end of June, a month in which the focus within GO GREEN was set on green transportation anyway. It fitted perfectly, being “an easy and fun activity during summer, where a lot of people are outside and travel”, Elise tells us. To activate more members, especially taking into consideration that June is quite often in the middle of the exams period, the AEGEE Bike Week actually lasted for two week, giving the locals more time to organize their activities.

In general, the locals were quite free in their choices concerning what exactly they were going to organize. Ideas given by the EnWG ranged from smaller events just for the members of the locals to bigger events that might even involve the public. Encouraging members to use their bikes to go to university, bike trips to nice landscapes, exchanges with other antennae by bicycle or “free rent AEGEE bikes”, meaning that locals offer people the possibility to rent their bikes for free instead of driving, were just some of the inspirations given by the EnWG. As long as the events centered around this sustainable method of traveling, everything was allowed and new ideas were welcome! In the end, many locals indeed became quite creative. For instance, AEGEE-Kastoria co-organized a bicycle trip around lake Orestiada on 15th of June together with other voluntary groups to raise awareness of violence against women. Many other locals arranged trips with their members and a lot of pictures of cycling AEGEEans popped up on social media within the last weeks. The precise number of participating antennae is not known, but every single event surely earns the Network’s respect.

All in all, the AEGEE Bike Week was quite a success, Elise tells us. “Especially because we organized a picture competition. It was a nice way to also promote the locals who participated as we posted their pictures on Facebook”. These photos are the best proof to show that promoting a sustainable way of transportation does not have to be boring, but can offer lots of fun.

It is not definite yet if the AEGEE Bike Week will become an annual event, but Elise assures us that the current board of the EnWG will definitely suggest the idea to renew the event during every summer to the next board. 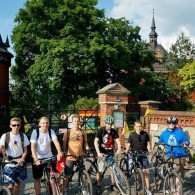 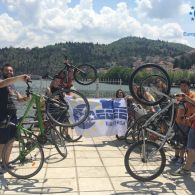 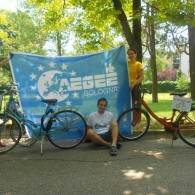 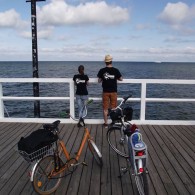 ← Ten or More – Urging Member States to Nominate their Top Female Talents for the European Commission
SU Story of the Week: Breaking the Astureotype →