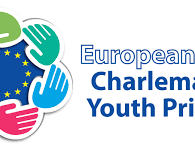 The Charlemagne Youth Prize is one of the most prestigious European Prizes. It has been awarded annually since 1950 by the city οf Aachen, Germany, to people who contributed to the ideals upon which it has been founded. It commemorates Charlemagne, ruler of the Frankish Empire, who resided and is buried in Aachen. Traditionally the award is given to the… Read more → 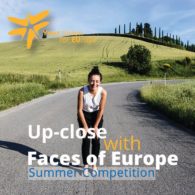 by Willem Laurentzen on October 14, 2016 in European Bodies

You know them from their photo blog that was inspired by the famous ‘Humans of New York’ photo blog, but did you also know that Faces of Europe (FoE) recently had a summer competition, in which anyone could send in their pictures about unusual trips, new experiences and unexpected encounters? The AEGEEan was lucky enough to be able to interview… Read more → 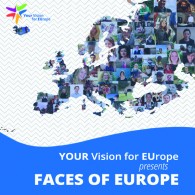 Your Vision for EUrope Project Launches Faces of Europe Photoblog

by Gabriela Geana on January 7, 2016 in European Bodies

Your Vision for EUrope project is a new AEGEE project initiated as a campaign for Spreading Europtimism. Its purpose is to engage young Europeans from a wide variety of national, social and cultural backgrounds in an open discursive process of collective learning, opinion and will-formation regarding the future of Europe and make sure that their voices are being heard. The… Read more →