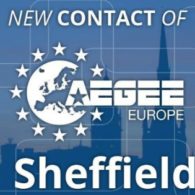 Less than a month ago, a new AEGEE Contact was born. This time in Sheffield, the UK. Four girls are behind this, they dream big and have already done some things with the brand new contact. We asked them a few questions so we can find out more about them and their plans. The AEGEEan: Tell us a little bit… Read more → 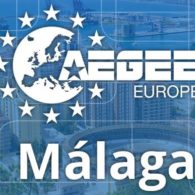 by Erika Bettin on November 21, 2016 in Network, New Contacts

During the Network Status Update at Autumn Agora Chisinau, Network Director Tekla Hajdu, gave everyone during the plenary some good news: a new city joined the AEGEE-Network: Málaga. Situated on the Costa del Sol in the Autonomous Community of Andalusia in Spain, it is one of the oldest cities in the world, founded as Malaka by the Phoenicians in the 8th century BC. We… Read more → 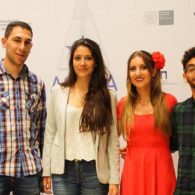 Welcome to Galicia: New contact of AEGEE-Europe in Vigo

by Erika Bettin on September 22, 2016 in Network, New Contacts

Announced just few days before Spring Agora Bergamo, we have a new member in the AEGEE Network: the contact of AEGEE-Europe in Vigo, Spain. All the members of the current board lived far from the Galician city and belonged to other locals, but now that they are back in the city, they decided to refound an antenna there. We asked some… Read more → 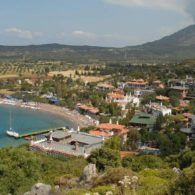 From The Aegean to The AEGEEan, Our New Contact: Muğla

by Willem Laurentzen on September 13, 2016 in Network, New Contacts

We have got a new Contact in town; its name is Muğla, in western Turkey near the island of Rhodes. Its board is a well collected group of highly motivated students with the drive to make Muğla into all that it can possibly be. The AEGEEan had a talk with Müge Güner, the founder of Muğla, and got to hear… Read more → 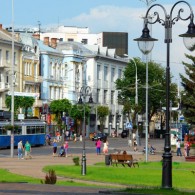 by Gabriela Geana on November 23, 2015 in Network, New Contacts

We are proud to announce that we have established a new contact of AEGEE-Europe in Vinnytsia, Ukraine. Vinnytsia is a city situated in the Western Centre of Ukraine, the largest city in the historic region of Podillia. The city exists since the Middle Ages and it is now known for its industrial centre, particularly for the Roshen company and the… Read more → 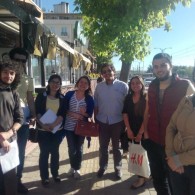 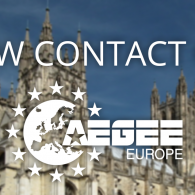 Canterbury is ready to make its entrance in the AEGEE’s Network. Here the story of the new Contact since the first steps, told by Emily Zerling, one of the founders. The AEGEEan: Please, introduce yourself. Emily: My name is Emily Zerling. I’m 20 years old. I’m from Paris in France. As the daughter of a French father and an English… Read more →

by Maartje Natrop on February 26, 2013 in Network, New Contacts

London: city of the Big Ben, Buckingham’s palace and since recently… AEGEE! London is one of the youngest contacts within our network. Youngest in its current form that is, because AEGEE-London actually existed before; it was already founded in 1995 but unfortunately died a silent death. Luckily, Eszter Bango (President and Project Management Director)  and Maarten Veldmans (Foreign Relations and European… Read more →